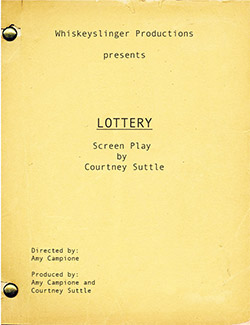 “Winning is only the beginning of the nightmare.”

What has worse odds than winning the lottery? For a homeless writer it’s surviving until morning to collect.